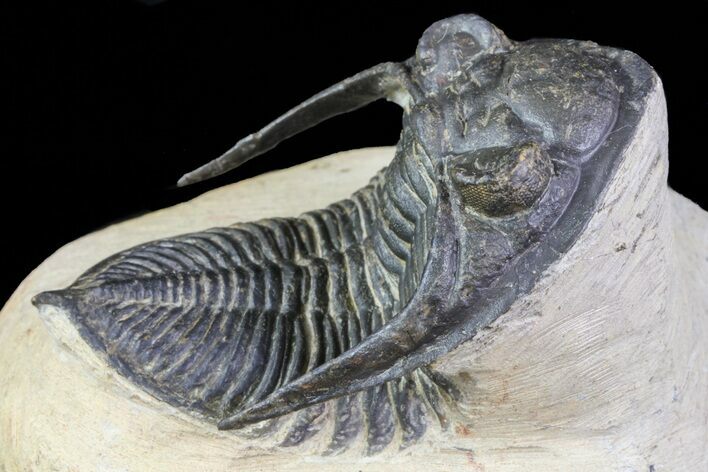 This is is a bargain, 3.3" long (if outstretched) specimen of Zlichovaspis rugosa from Atchana, Morocco. The preparation is a bit rough in areas leaving some scratched on the shell hence the bargain price. There appears to be about 5% restoration on the specimen, primarily on the genal spines that were prepared free of the matrix and along the repaired cracks.