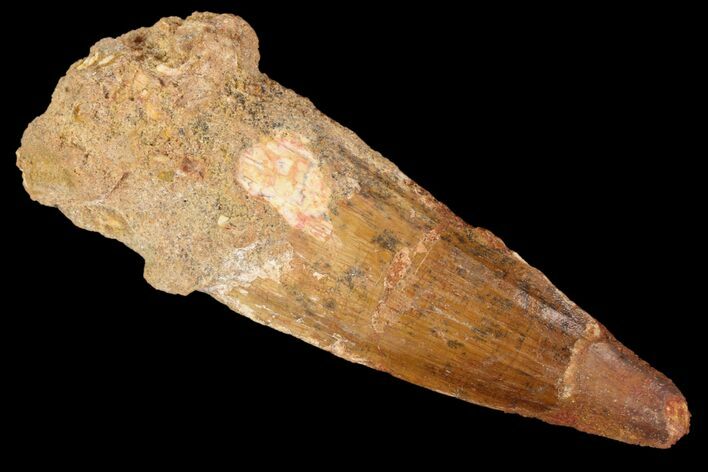 There is a repair with gap fill about 1" from the tip. I believe the tip is likely a composite, that is it's from a different partial tooth as the enamel has a slightly different color. The price has been adjusted accordingly.