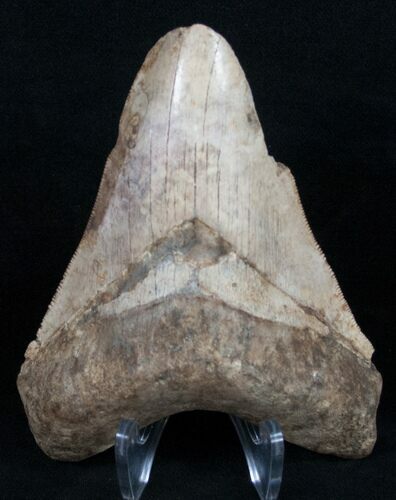 This is a 4.15" long, light colored Megalodon tooth found in a river in Georgia. The tip has been sheered off, most likely due to feeding damage which is fairly common on teeth of adult sharks. The light coloration is pretty unique and distinctive of some parts of rivers in the state. Serrations are still very sharp and the root is in good condition.