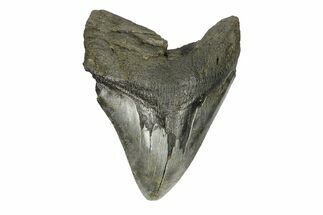 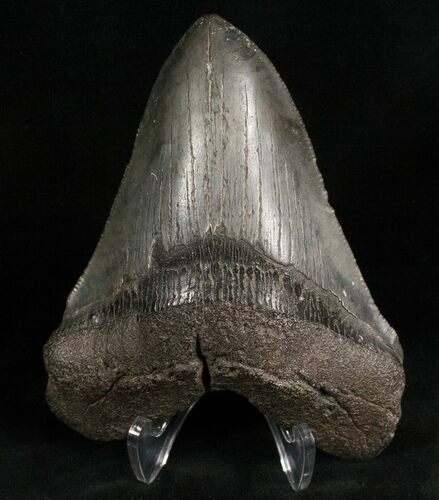 This is a bargain 4.48" long fossil tooth of the largest predator ever to roam earth's oceans, the gigantic Megalodon shark. It was collected in South Carolina after it eroded out of the Miocene aged Hawthorn Formation. A tooth this size would have come from an adult shark. It comes with the pictured display stand. 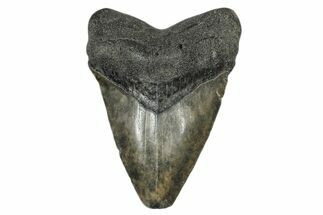