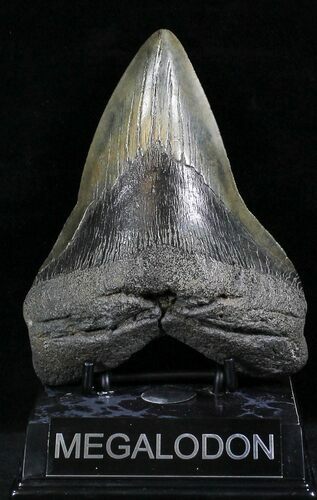 This is a fossil Megalodon tooth collected on the South Carolina coast. A tooth of this size would have come from a Megalodon shark in the 45+ foot size range. Although there is very minor feeding damage to the tip, and worn serrations, the tooth is in overall great shape. The blade is a bluish/grey/bronze and has a uniquely large bourrelet, and a complete root.