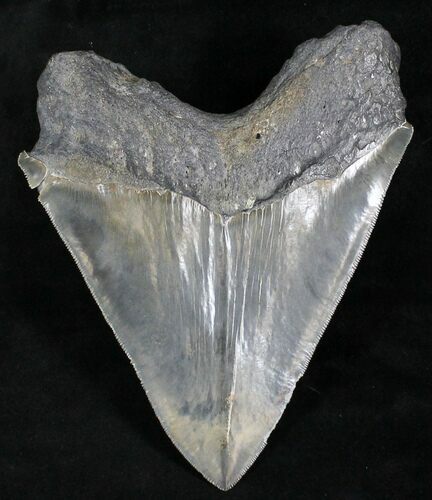 At 6.16" long this in an absolutely massive Megalodon tooth. Complete teeth over 6 inches long are pretty rare finds. This one is missing much of the enamel on the center of the display side but it has good serrations and the non-display side of the tooth looks great. A tooth of this size would have come from an exceptionally large shark, probably in excess of 50 feet in length.