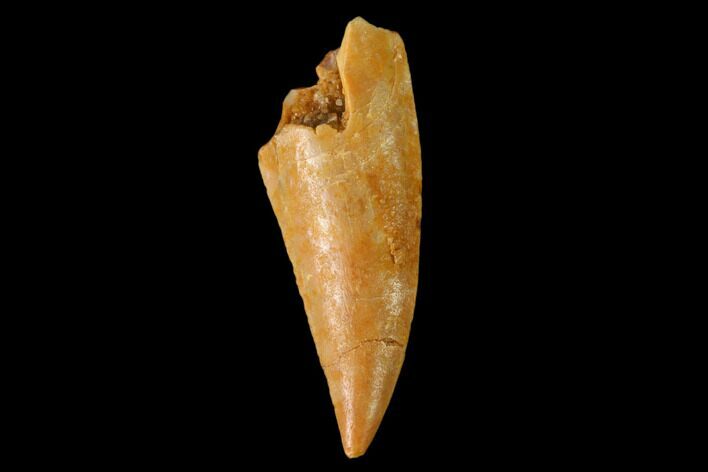 
The tooth is bargain priced because all of the enamel and serrations are worn away.