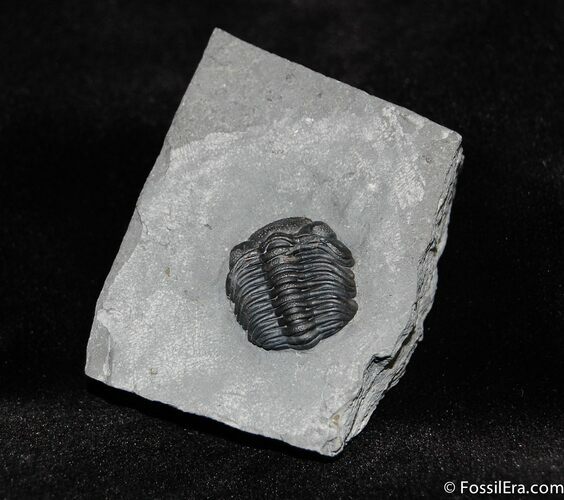 Here is a beautifully preserved black Eldredgeops trilobite from the Penn-Dixie quarry of NY. It's tail is tucked underneith and it's been painstakingly prepared using air abrasives under microscope. The multi-faceted eyes so typical of phacopid species are easily seen.