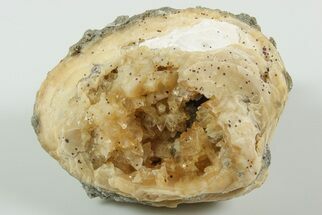 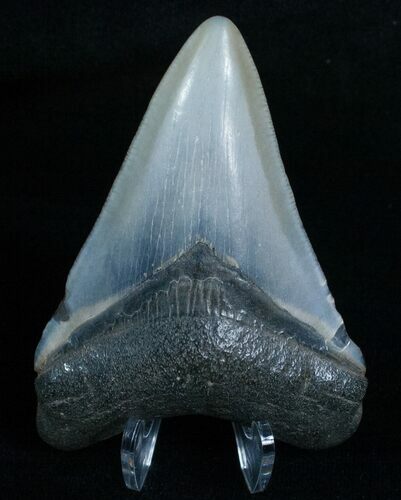 This a nice 2.2.87" long Megalodon tooth from the Peace River in Florida. Teeth from the Bone Valley Formation are highly prized by collectors due to the unique coloration and great preservation. This tooth is nicely symmetrical and most of the serrations are still visible, though worn.