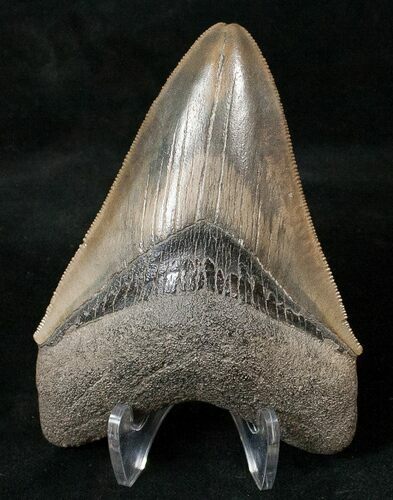 This is a beautiful 4.19" fossil Megalodon tooth with a nice colorful blade. Other than some minor feeding damage to the tip, this is an outstanding meg tooth. The blade has nice glossy, multi-colored enamel an sharp serrations. Comes with the pictured display stand.