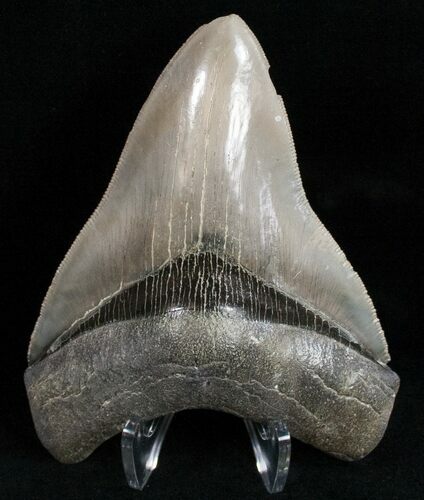 This is a gorgeous 4 1/2" long Megalodon tooth collected from a river near Savannah, GA. It has beautiful enamel preservation, a nearly perfect bourrelet and razor sharp serrations. Just a nick to the tip of the tooth but otherwise the tooth is a gem. A tooth of this size would have come from a prehistoric shark around 35-40 feet in length, a true terror of the Miocene seas. Comes with the pictured display stand.