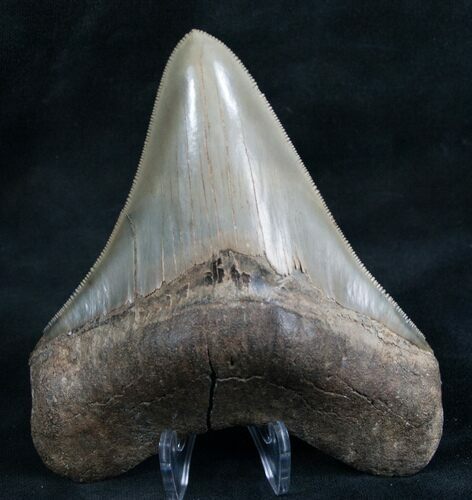 This is a high quality, 4.94" long tooth from the largest predator to ever inhabit Earth's oceans, the prehistoric Megalodon shark. The tooth is very wide with beautiful glossy enamel and razor sharp serrations. The root is very robust and in excellent shape. It comes with the pictured display stand.