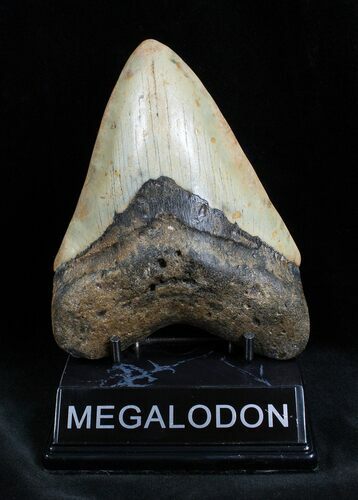 Here is a large 5.18 inch long Megalodon tooth with very unique coloration for being found of the Carolina Coast. It has a beautiful blade and is wide with nice, light coloration. It comes with the pictured stand to show it off.

This tooth has been RESTORED. There is restoration done to the very tip and to both sides of the tooth. 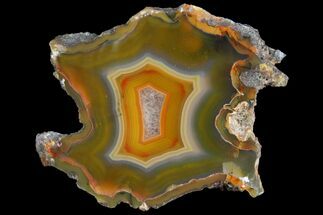 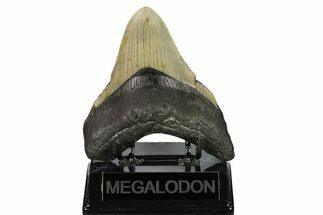