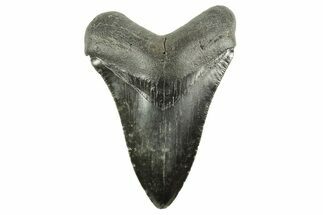 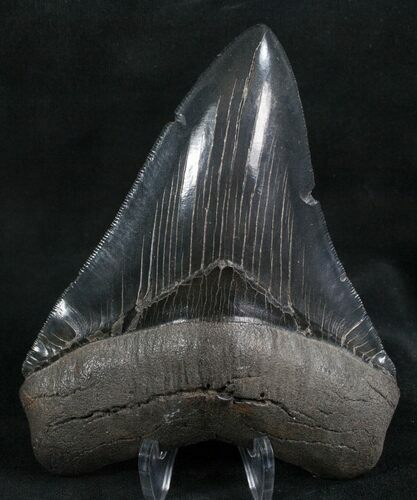 This is a stunning, black 4.86" long Megalodon tooth collecting from a river near Savannah Georgia. This high quality good has beautiful, glossy enamel, sharp serrations and a very nice root. It comes with the pictured stand. 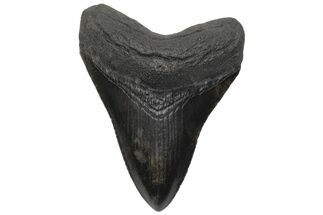