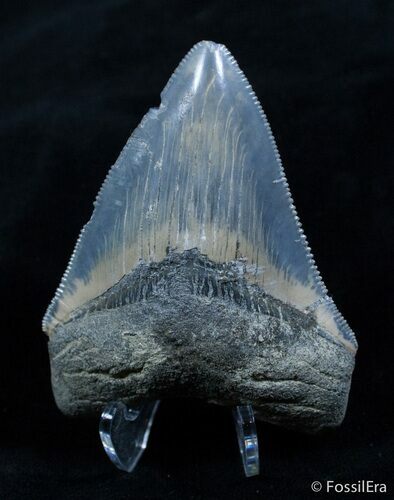 This is a beautiful, bluish colored megalodon tooth with natural glossy enamel. I was not provided with a location for this tooth but I suspect it's probably a Venice, Florida meg tooth due to the coloration. It has great serrations.

It does look like there was some repair/glue work done to the tooth to stabilize the root. 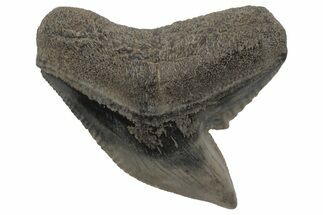