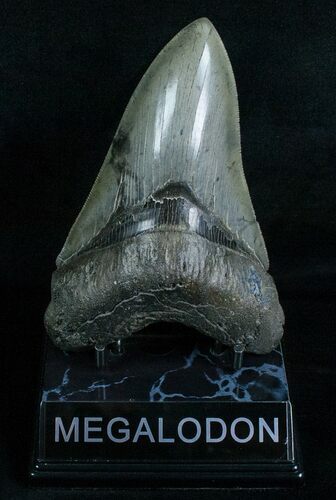 This is a dagger-like, lower Megalodon tooth collected from a river new Savannah, GA. It's 5.21" in length with beautiful glossy enamel, great root preservation and fine serrations. This is really a beautiful, high quality Megalodon tooth. It has no restoration or repair and comes with the pictured stand.