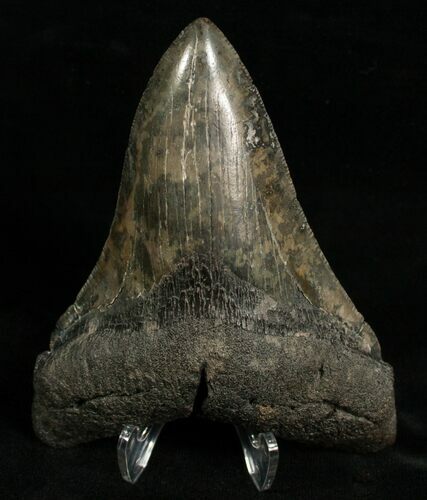 This is a beautifully colored 4.03" long Megalodon tooth. The enamel has a lot of greenish hues to it and is glossy. The tooth is well shaped, and while no longer sharp, most of the serrations are visible. It comes with an acrylic display stand.

This tooth does have some RESTORATION There is a small patch of restoration to the left hand side of the root near the top but it is pretty minor.