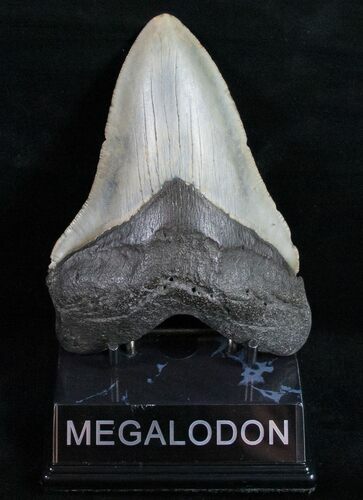 This is a impressive 5.31" long Megalodon tooth collected on the coast of North Carolina after it weathered out of the Miocene aged Pungo River Formation. A tooth of this size would have come from a shark around 45 feet in length. Compare that to the largest present day, great white's that max out at just over 20 feet. Comes with the pictured display stand. 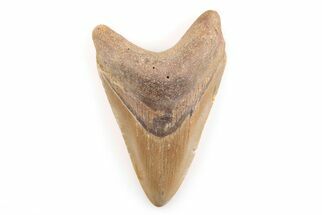