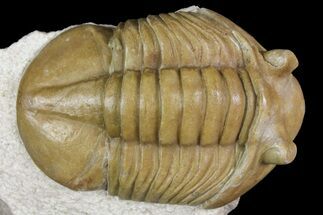 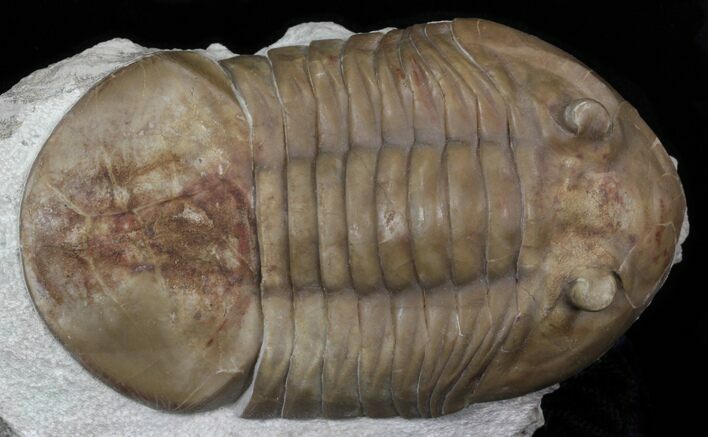 This is a big specimen of Asaphus plautini one of the scarcer of the many species of Asaphid trilobites from near St. Petersburg, Russia. It was found at the Vilpovitsy quarry and is Lower Ordovician in age, or approximately 460 million years old.

It's 3.75" long, and laid out nice and prone. Basically all of these Russian Asaphus trilobites have some restoration, but it's pretty minimal on this specimen. There is a small patch of shell on the very corner of the right cheek, and then some cracks on the tail that were filled and stabilized. Under magnification you can see some of the hundreds of tiny eye facets faintly visible.