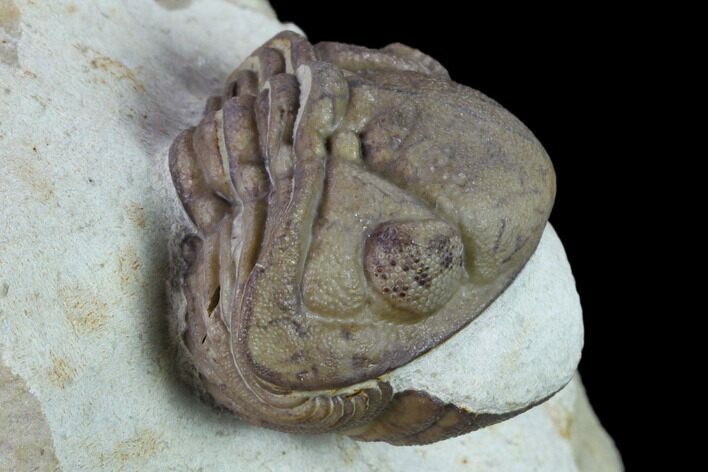 This is a very large, enrolled Lochovella (Reedops) deckeri trilobite from the the famous Black Cat Mountain Quarry in Oklahoma. It is 1.28" wide, which equates to about 2.5" long if outstretched. The beautifully preserved shell contrasts nicely with the light colored marlstone. Nice preparation on this specimen preserves even the finest of details including the many eye facets and microscopic bumps on the shell.