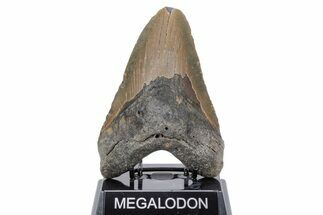 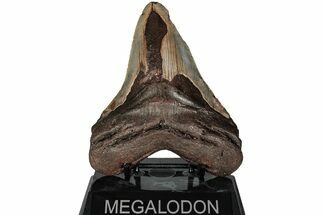 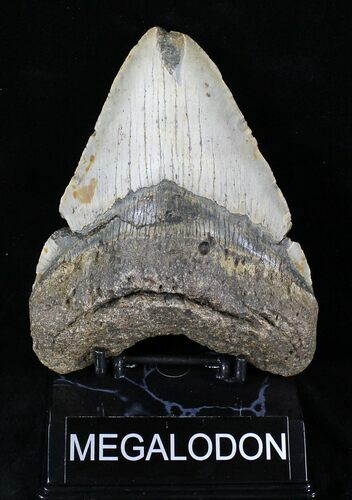 This is a big, heavy, 5.44" long Megalodon tooth collected off the North Carolina Coast. This is a massive tooth and would have come from a prehistoric, mega-shark in the 40 foot size range. The tip has been sheered away due to massive feeding damage which is quite common on these larger tooth. Comes with the pictured display stand. 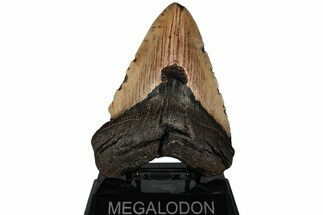