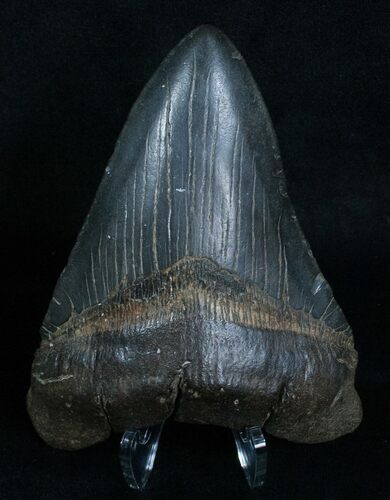 This is a dark black 4.59" long tooth of the prehistoric, mega-shark the Megalodon.. It comes from the Hawthorn Formation in Georgia making it approximately 4-7 million years old. The enamel on the tooth is nicely preserved and it displays well on the included stand.