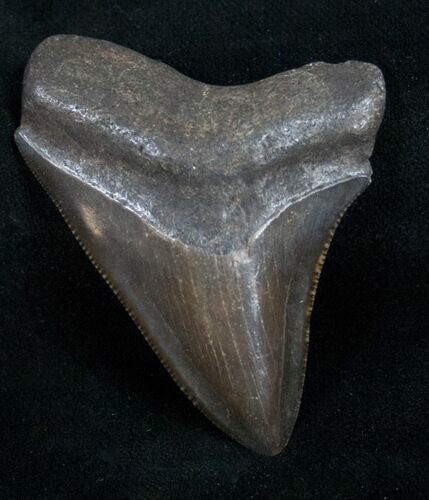 This is a beautiful, brown 2.15" long Megalodon tooth which was collected from a river in Georgia. This light brown coloration is distinctive to some of the river finds in this state. Most of the serrations are worn and there is some light polishing to the blade but it's a very nice looking Meg tooth. 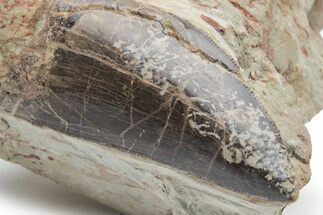