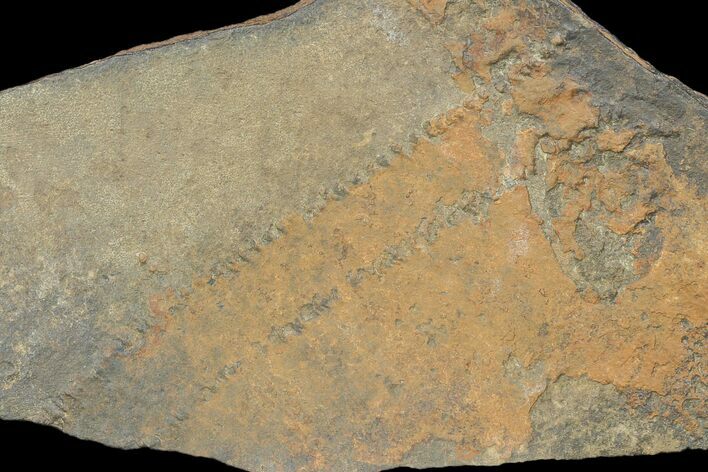 This is a fossil trackway (Cruisina) plate of an arthropod, likely a trilobite, from near Erfoud, Morocco. This Cruziana is a 5.1" trackway preserved in a slab of mudstone and would be Ordovician in age or approximately 450 million years old. 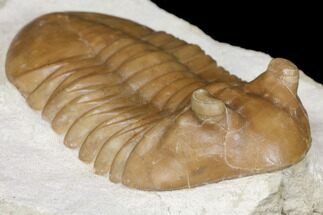 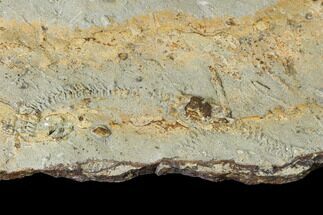