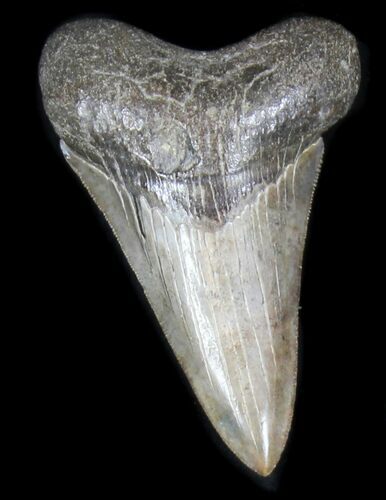 This is a uniquely colored 3.56" long, lower Megalodon tooth collected from the Ace Basin, South Carolina. The serrations on the tooth are in pretty good shape and it has glossy enamel with a brownish-red coloration. Comes with the pictured display stand.