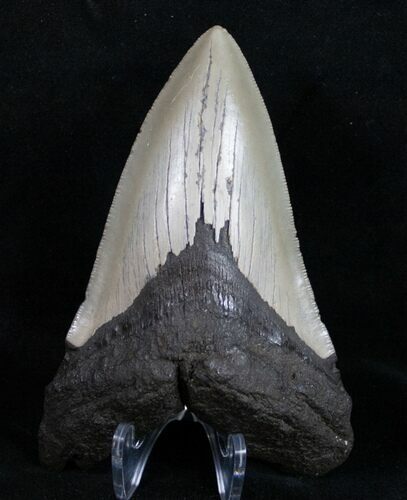 This is a dagger shaped 4.83" long tooth from the prehistoric monster shark, the Megalodon. It comes from the Pungo River Formation in North Carolina making it somewhere in the area of 5-10 million years old. A tooth this size would have come from an adult shark approaching 40 feet in length, a true terror of the ancient seas. The lower teeth of the Megalodon are distinctively dagger shaped. Most of the serrations are still visible along the edge of the tooth. It comes with a custom MEGALODON stand to show it off. 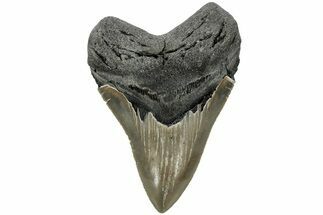