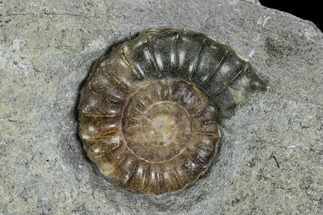 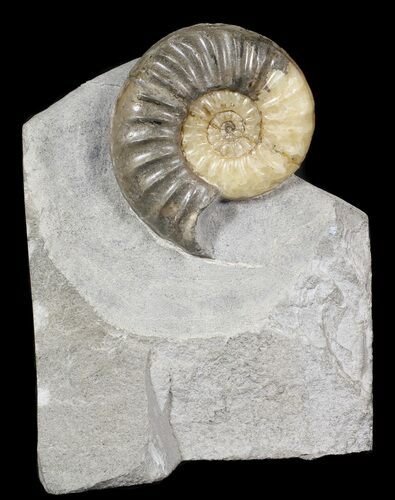 This is a beautifully prepared, 2.4" wide Asteroceras obtusum ammonite fossil from the Lym Regis region of England. Much of the shell is preserved as a translucent, yellow agate. The rock has been remove from behind this translucent portion of the ammonite so that it shines like a sunrise when backlit. There is a repaired crack running through the ammonite. The rock has been cut flat so that it displays very aesthetically without the need for a display stand. 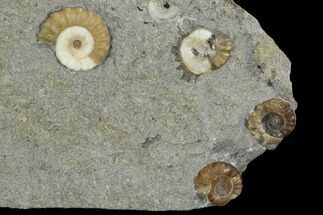 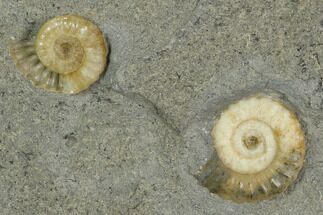 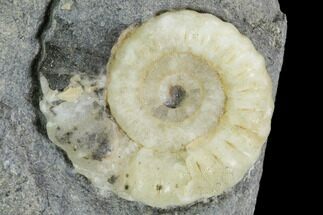