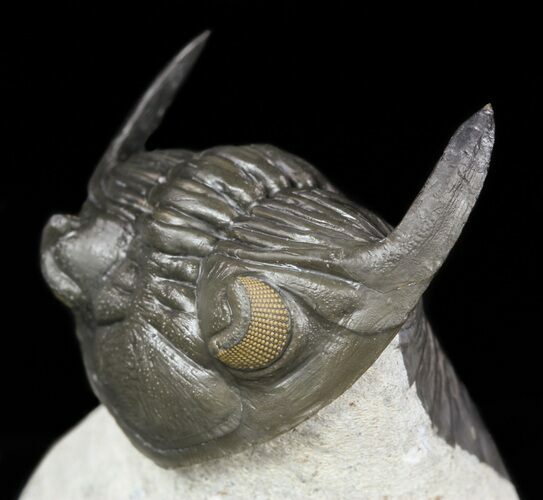 This is a nicely prepared, 2.5" long (if outstretched) Hollardops mesocristata from Ofaten, Morocco. It's in "climbing" position with both of the genal spines prepared free of the surrounding rock. Excellent shell preservation, and spectacular, naturally orange eyes. The tip of the left genal spine has been restored.