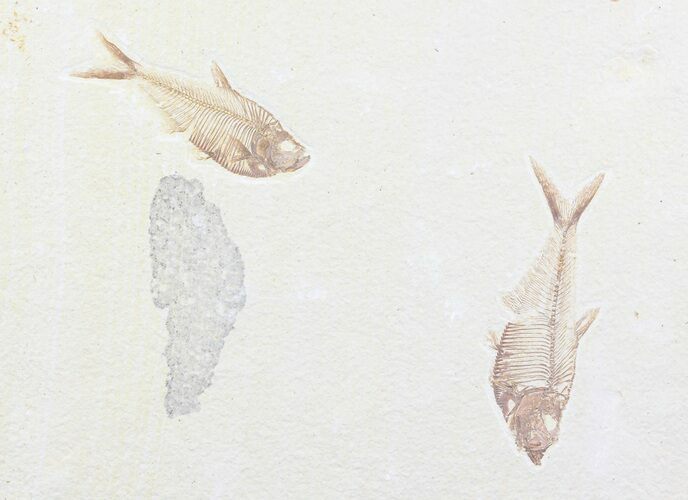 This is a beautiful pair of Diplomystus fossil fish aesthetically located on a 8.6x7.4" slab of rock. The larger fish is 3.7" long and they are both wonderfully detailed.

It is from the Green River Formation and is approximately 48 million years old. It was collected from Warfield's Quarry and comes with an acrylic display stand.