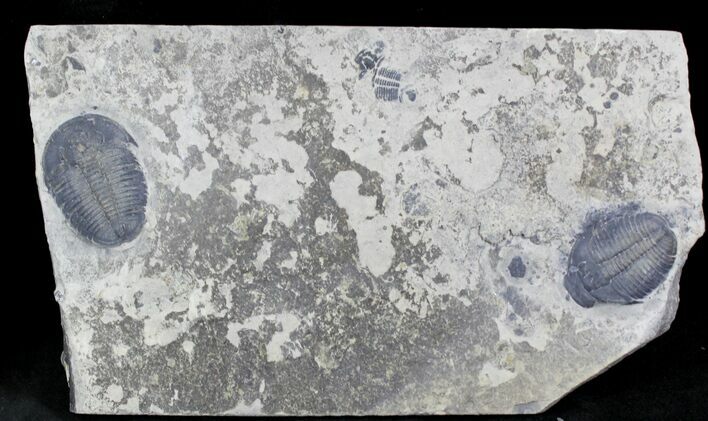 This is a pair of Elrathia kingii trilobites from the 505 million year old Wheeler Shale of Utah. One specimen is 1.31" long which is quite large for the species and the other is 1.12" long.