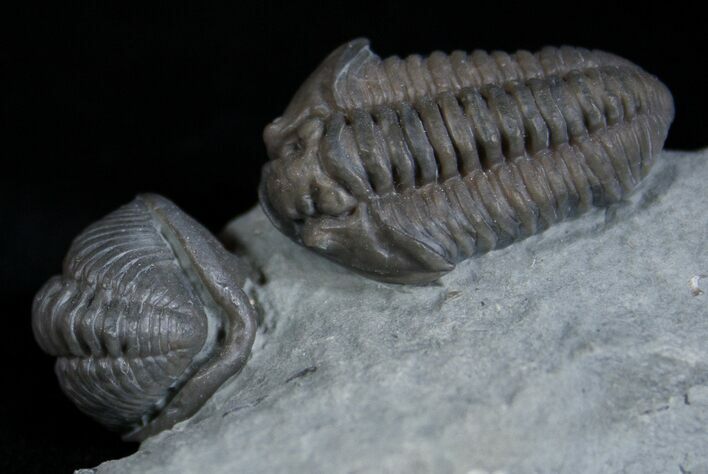 This is a nice double Flexicalymene retrorsa from Mt. Orab, Ohio. There is a prone specimen which is 1.12 inches in length laying right next to a specimen enrolled in a defensive posture.