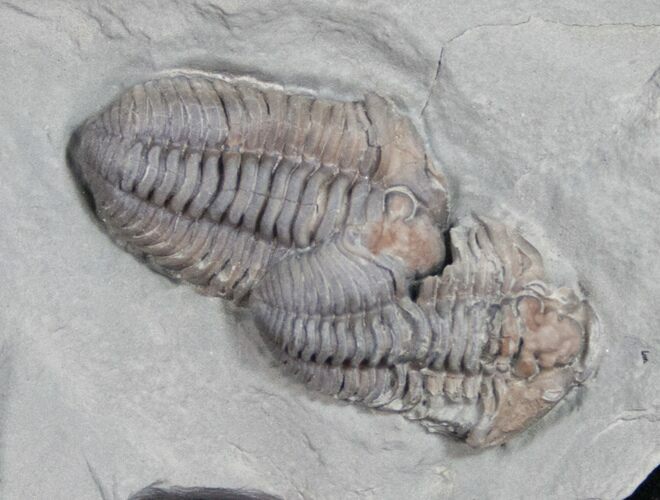 This is a double specimen of the trilobite Flexicalymene retrorsa from Mt. Orab Ohio. It has been prepared under microscope using air abrasives to reveal the exquisitely preserved detail. The larger specimen is 1.2" long and they rest on a displayable piece of shale matrix.