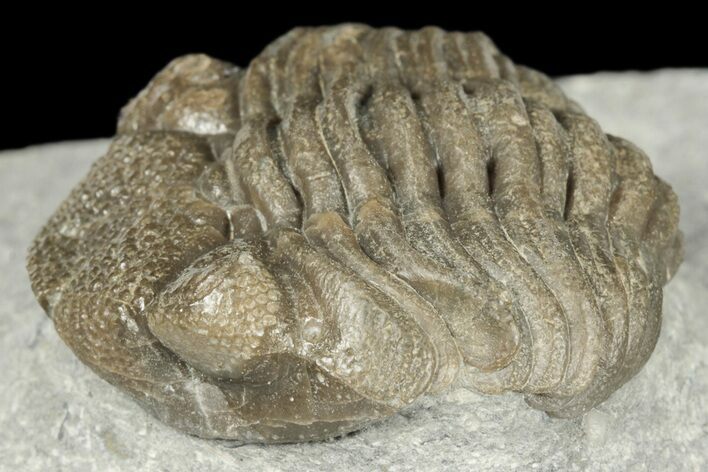 This is a partially enrolled Eldredgeops rana crassituberculata trilobite from the Silica Formation of Ohio. It is 1.45" wide, so it would have been about 2.5" long. The back half of the trilobite is folded underneath, but it has nice eye facet preservation. 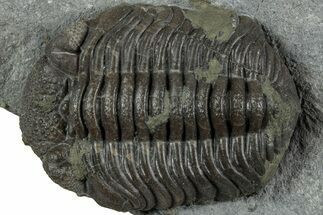 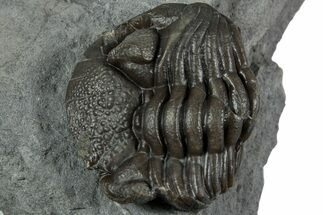