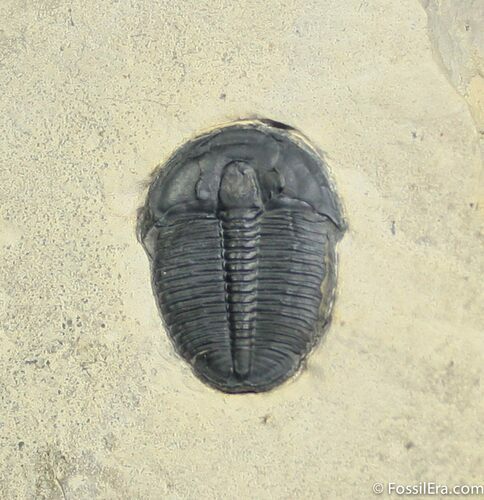 Here is a nice .85 inch long Elrathia kingii trilobite from the famous Wheeler Shales of Utah. It's nearly 505 million years old and is a nice example of this classic trilobite. It was microscopically prepared using air abrasives to preserve the fine surface detail.