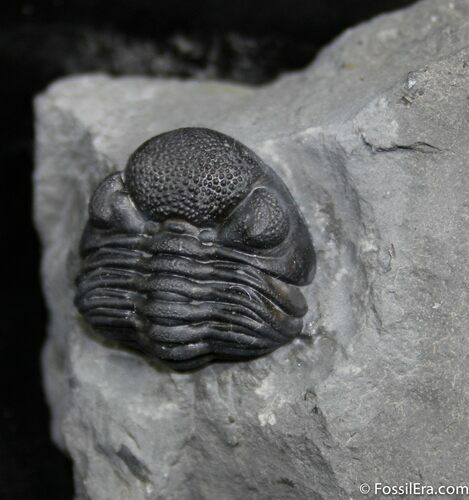 Here is a cute little Eldredgeops trilobite from NY which partially is enrolled. It comes from the famous Penn-Dixie quarry and was microscopically prepared using air abrasives. Check out the surface detail including all of the eye facets.