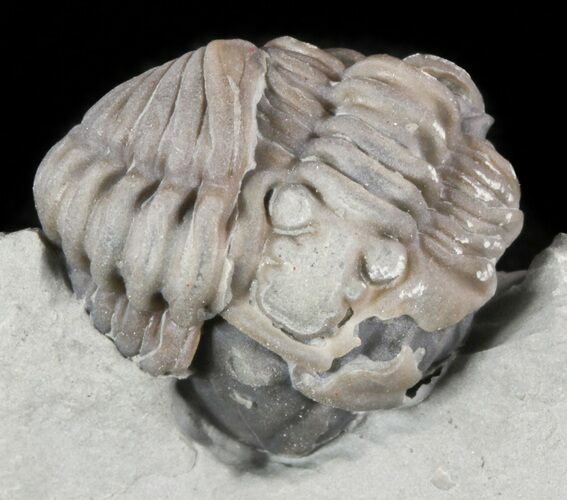 Here are several small, partially enrolled Flexicalymene trilobites piled ontop of each other from the famous Mt. Orab trilobite beds. The piece has been cleaned with air abrasives under microscope.