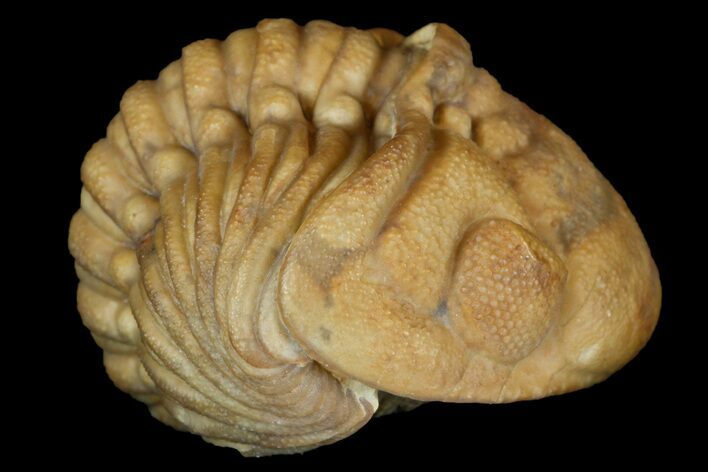 This is a 1.15" wide, perfectly enrolled Lochovella (Reedops) deckeri trilobite from the famous Black Cat Mountain Quarry near Clarita, Oklahoma. It would have been about 2" long if outstretched. There is some weathering on the tail of the trilobite.