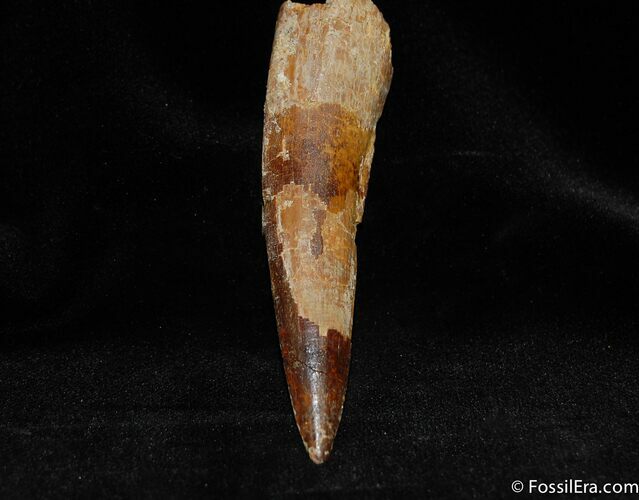 Here is an excellent tooth from the largest known carnivorous dinosaur, Spinosaurus. The tooth is in great shape and large at 3.1 inches in length. It has beautifully colored reddish brown enamel, a nice tip with very little wear and is rooted.

It has some repair, with a break near the tip being glued but there is no restoration. This is a spectacular example of a tooth from one of the most fearsome dinosaurs of all time.