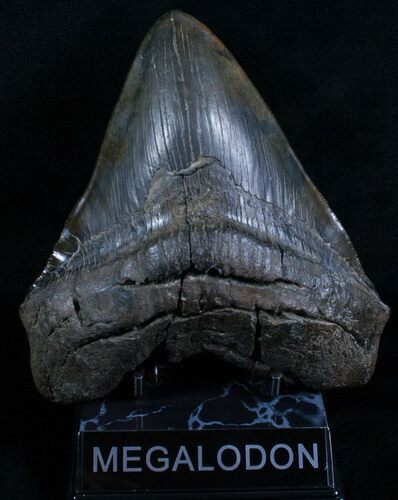 This is a MASSIVE Megalodon tooth. It's 6.13" long which by itself is impressive but it's extremely wide, thick and heavy which makes it appear substantially bigger than most 6 inch teeth. It's 5.31" wide at the root and weighs just under 20 ounces!

The enamel is in great shape for a large tooth. The serrations are worn but most are still visible and the root is in good shape other than one small section at the bottom. There is a slight pathology to the left corner of the tooth where the blade is folded and warped.

There is no restoration or repair and it comes with the pictured stand.