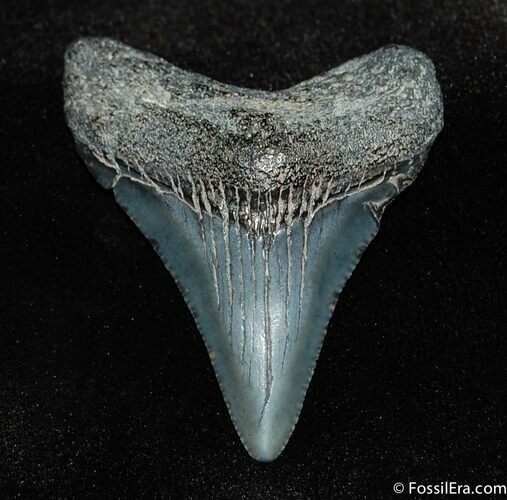 Here is a nicely preserved 2.06 inch megalodon tooth from the Hawthorn Formation of South Carolina. It's got beautiful coloration, a good root and the serrations are a little worn but present. It really is a nice tooth for the price and would make a great gift or start to a fossil collection.