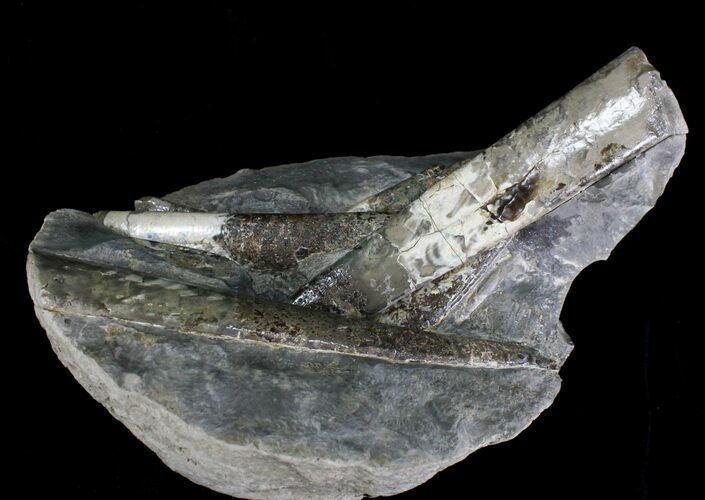 This is a large concretion containing five fossil Baculites from the Pierre Shale of South Dakota. The largest specimen in the concretion is nearly complete at 8.8" long. The beautiful suture patterns can clearly be seen on several of the fossils.

Baculites ("walking stick rock") is an extinct cephalopod genus with a nearly straight shell. The matrix it is preserved in has been sculpted so that it stands up freely, making for a very aesthetic display. It's approximately 75 million years old, and comes from a time when a shallow sea covered much of South Dakota. 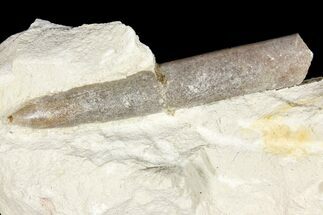