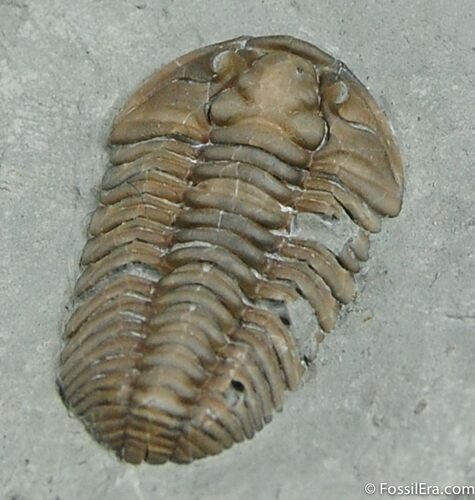 Here is an inexpensive example of a classic North American trilobite, Flexicalymene retrorsa. I personally collected this one from the Richmond Formation, near Oldenburg Indiana. It's 1 inch in length, three dimensional and the carmel colored shell contrasts well against the grey mudstone matrix.