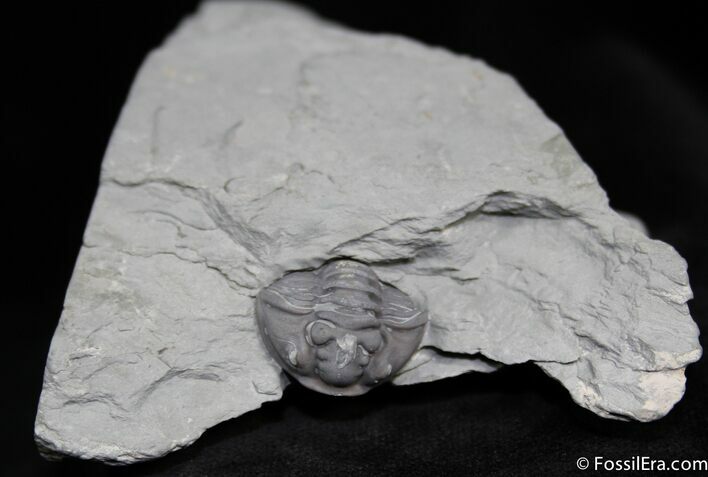 This is a enrolled Flexicalymene retrorsa still embedded in it's original shale matrix. It comes from the famous Mt. Orab trilobite location and is a good example show defensive enrollment of trilobites.