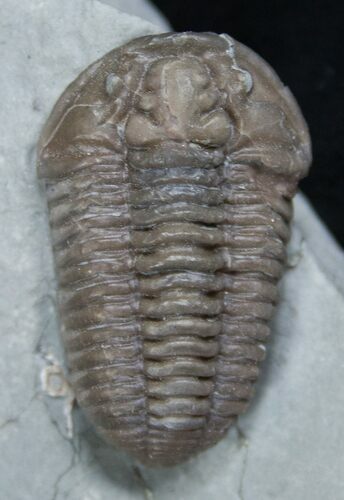 This is a wonderful example of the trilobite species Flexicalymene retrorsa from the Arnheim Formation of Ohio. It is nicely colored with a thick shell and very inflated. It has been carefully prepared under microscope using air abrasives and displays very well.