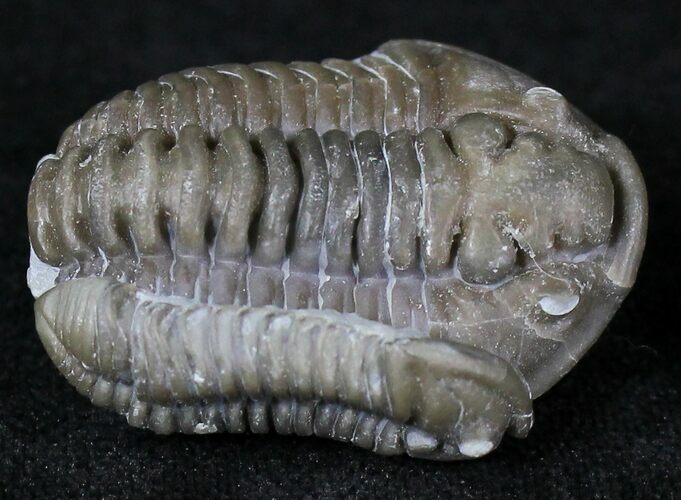 This is a pair of Flexicalymene retrorsa trilobites fossil collected from the famous trilobite beds at Mt. Orab, Ohio. They are in very close proximity with the smaller trilobite almost wrapped around the larger one.