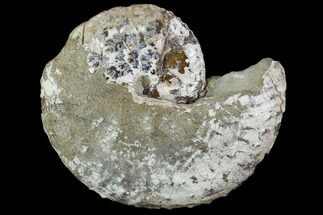 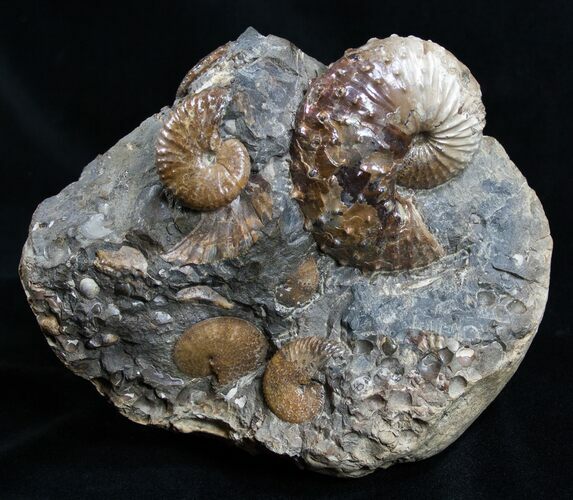 This is a large concretion from the Cretaceous aged Fox Hills Formation of South Dakato which contains 4 complete ammonite fossils and several partials. There are at least two species represented, a Sphenodiscus lentioculari and several Scaphites of an indeterminate species.

The largest ammonite is 2.8 inches in diameter on the entire concretion is about 8 inches wide. The concretion has been shaped to create a beautiful free-standing display. 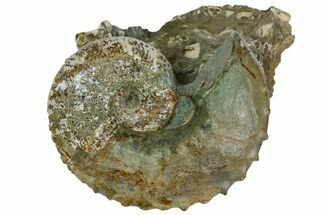