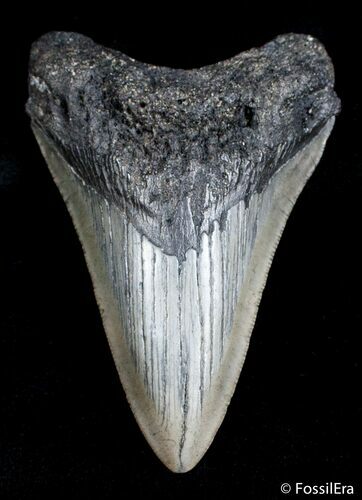 This is a 4.1" long tooth from the prehistoric, monster shark, the Megalodon. It was collected from the Hawthorn Formation in Georgia. The serrations are worn but most are still visible. It would make a great holiday gift.