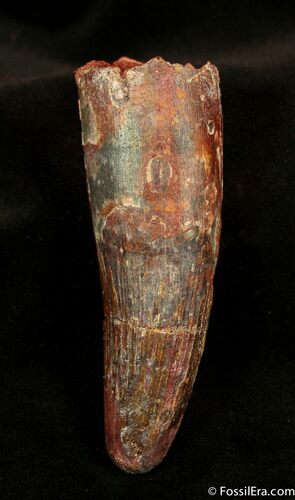 This is a truly monstrous tooth from one of the most fearsome of the dinosaurs, Spinosaurus.

It's 3.62 inches long, complete and in great condition. It has nice enamel, a good root and very distinctive growth lines. Large Spinosaurus teeth in this type of shape are difficult to acquire. There is only a single hairline crack that was repaired about 2/3 of the way up the tooth. This is a very impressive tooth all around.