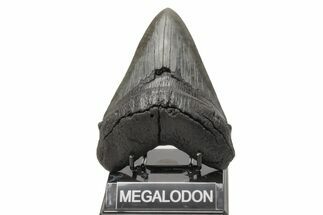 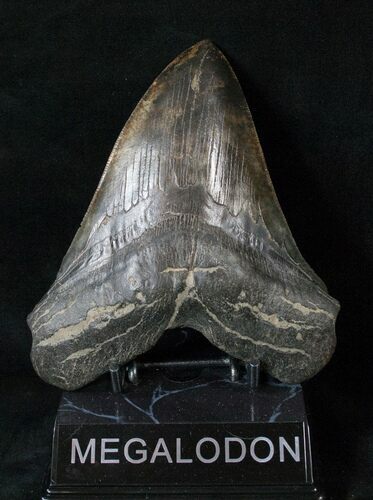 Most large Megalodon teeth you see from the US come from either the Carolinas or Georgia but this beauty was found in Virginia.

It's a whopper at 5.57" long with gorgeous, multi-toned enamel, distinctive to the Virginia localities. The serrations are worn but most are still visible. You simply don't see many meg teeth on the market from Virginia. Comes with the pictured display stand. 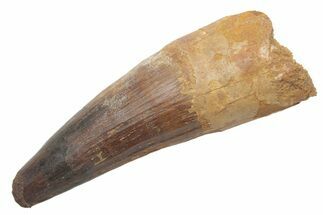