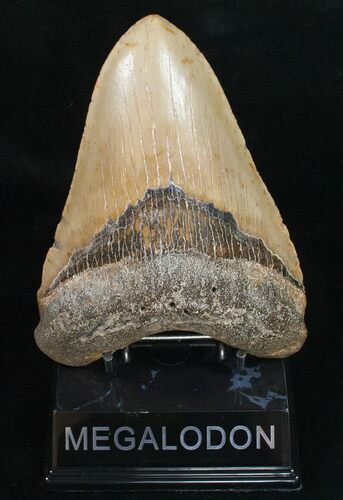 This is a giant, 5.64" long Megalodon tooth collected from the North Carolina coast. A tooth of this size would have come from a massive prehistoric shark in the area of 45 feet in length. To compare the largest modern day great white sharks are just over 20 feet. This tooth is complete and the display side is in nice condition though much of the enamel is missing from the back side of the tooth. It's nicely shaped and while the serrations are worn, most are still visible. It comes with the pictured display stand.